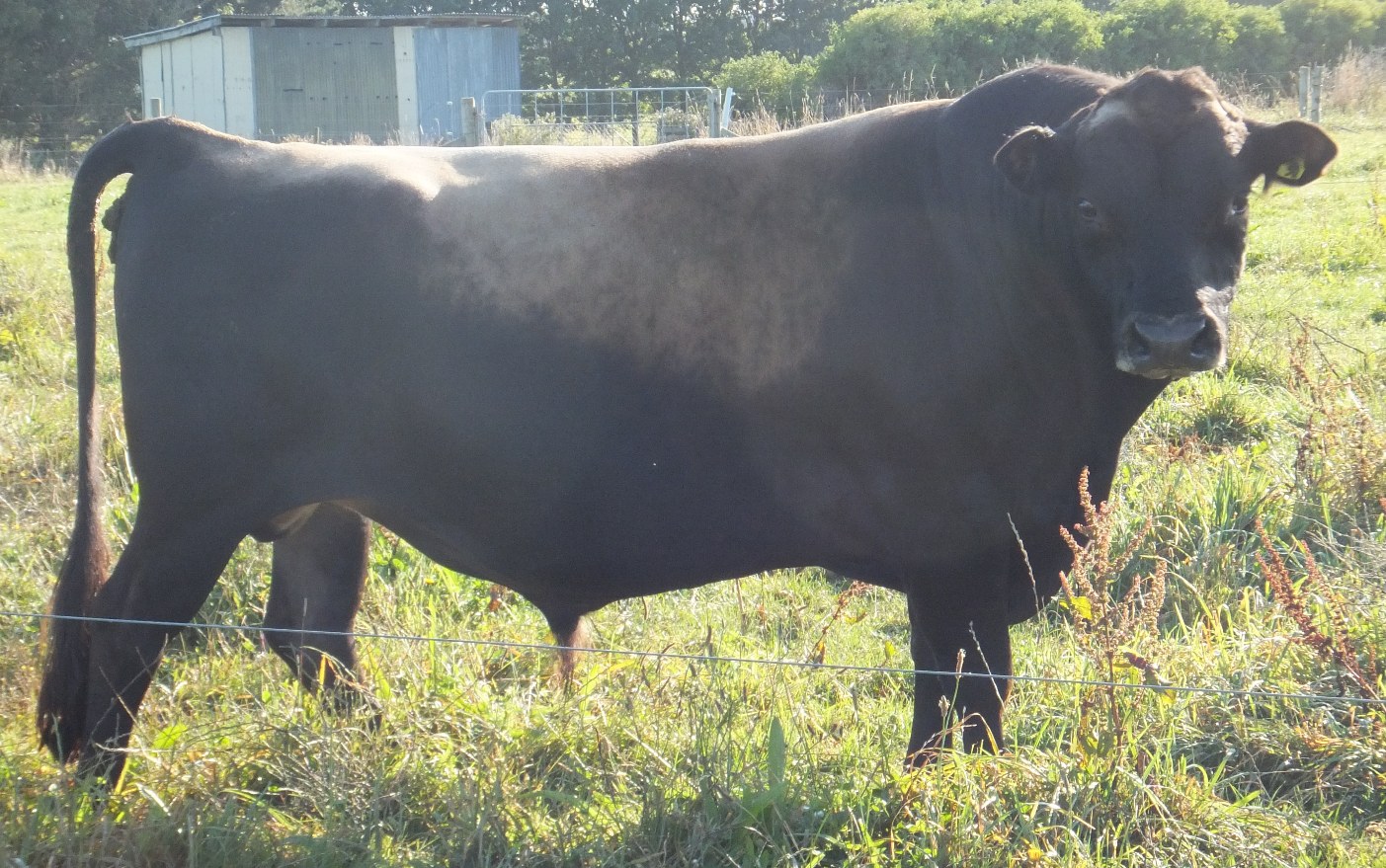 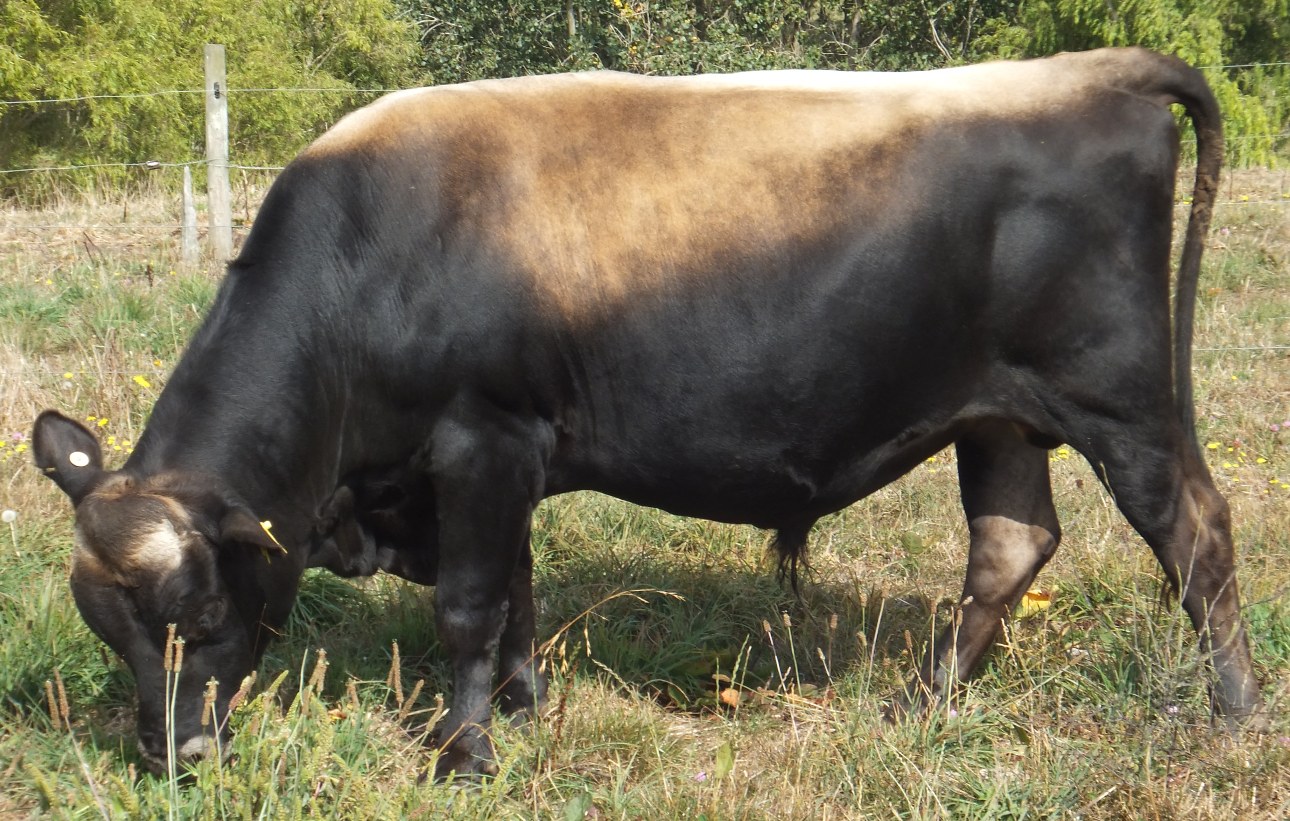 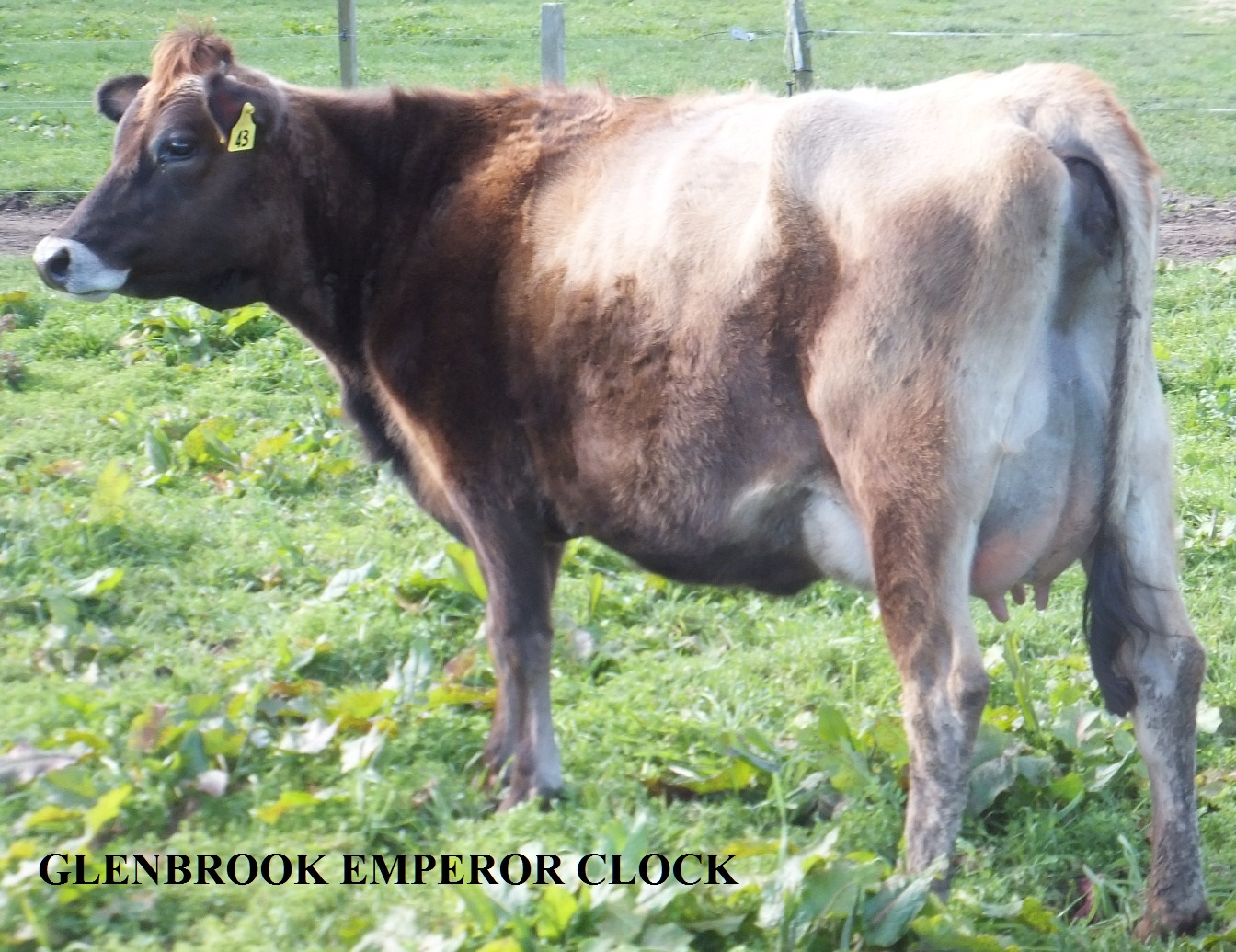 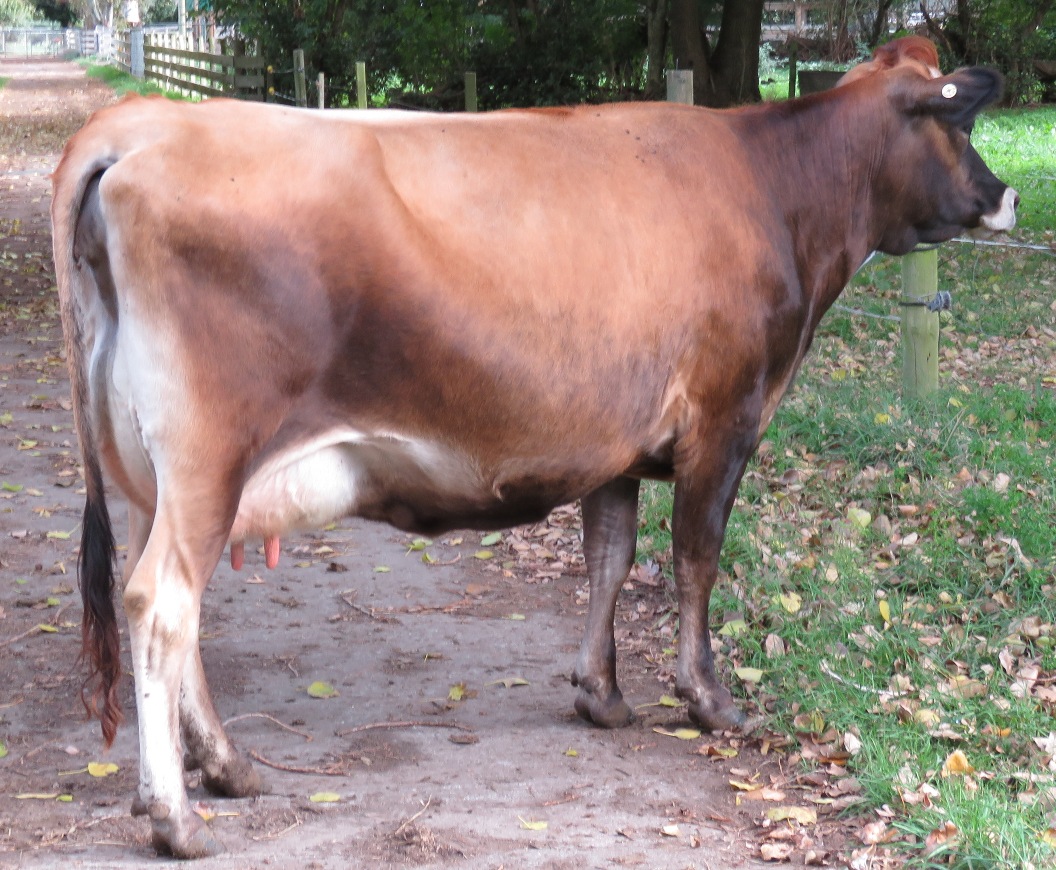 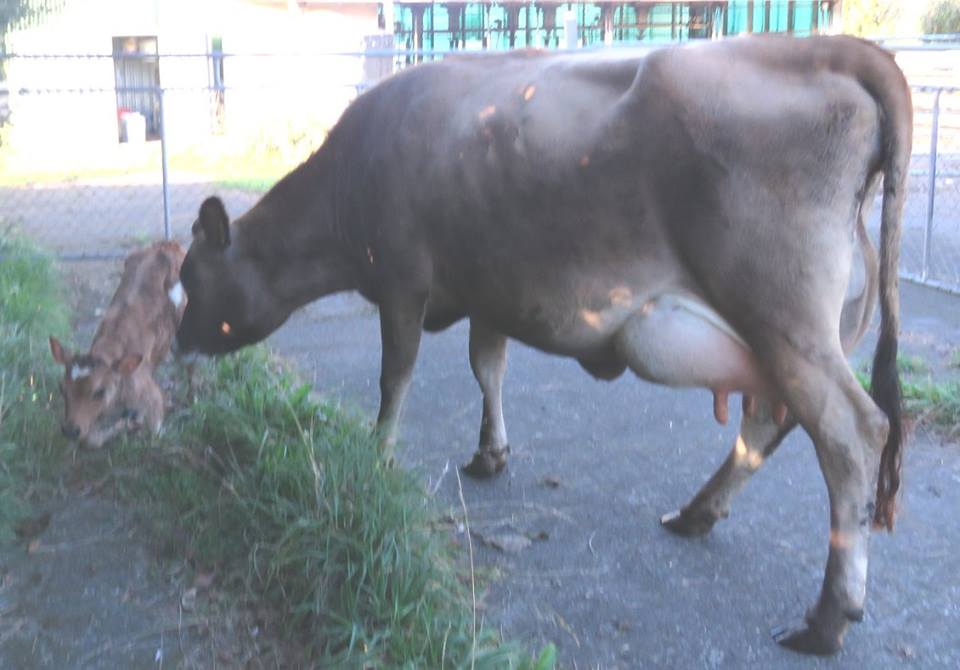 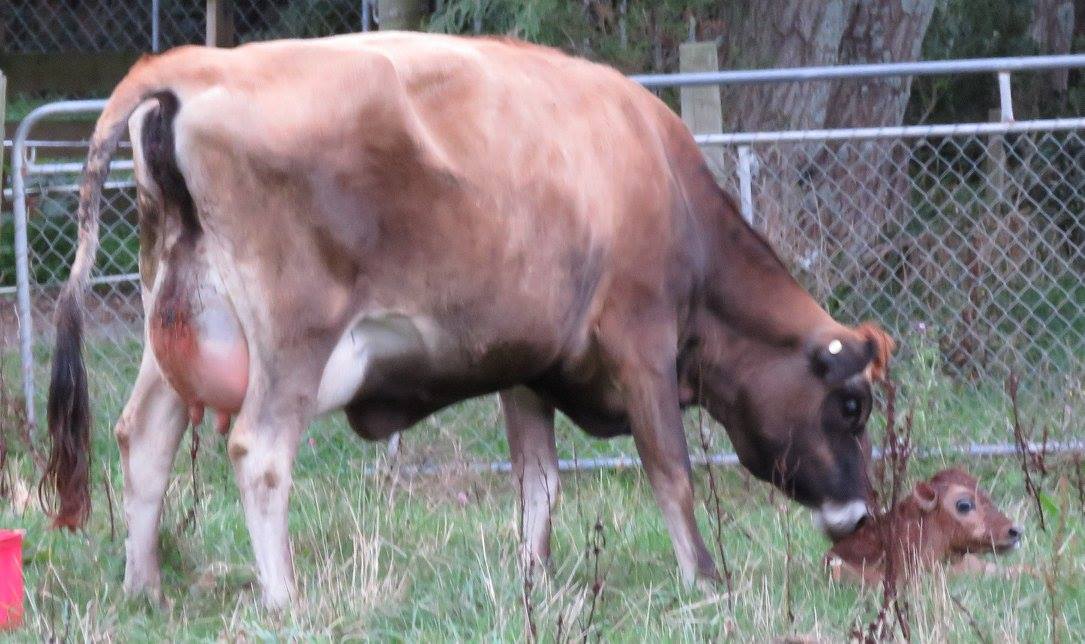 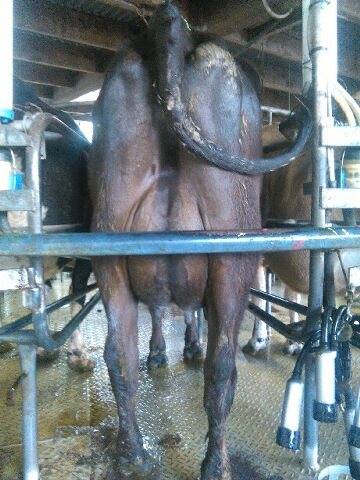 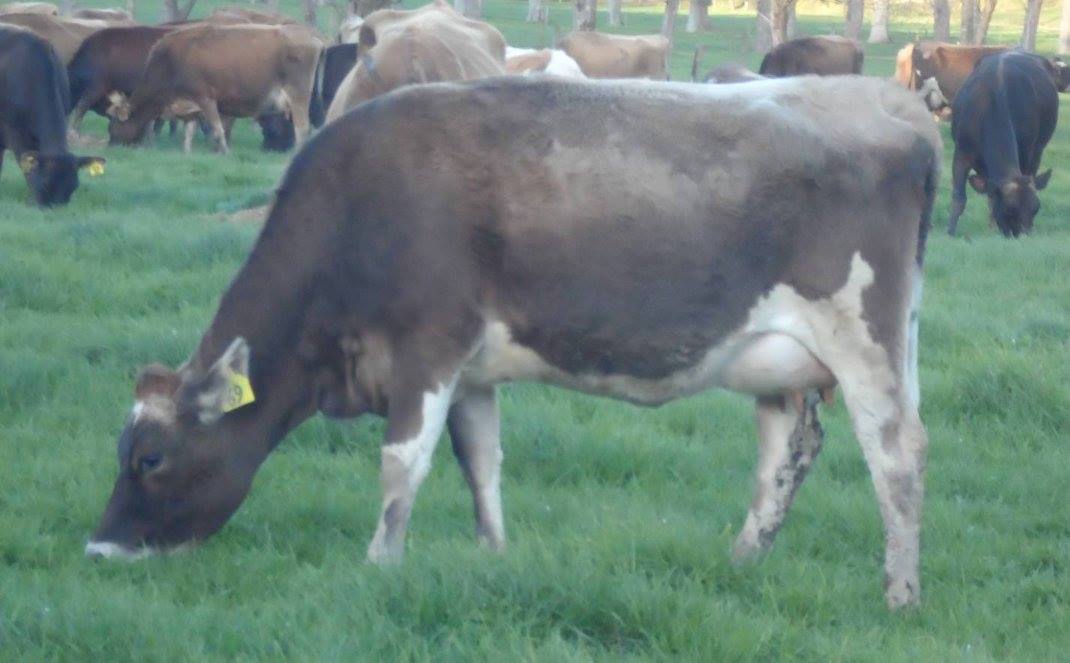 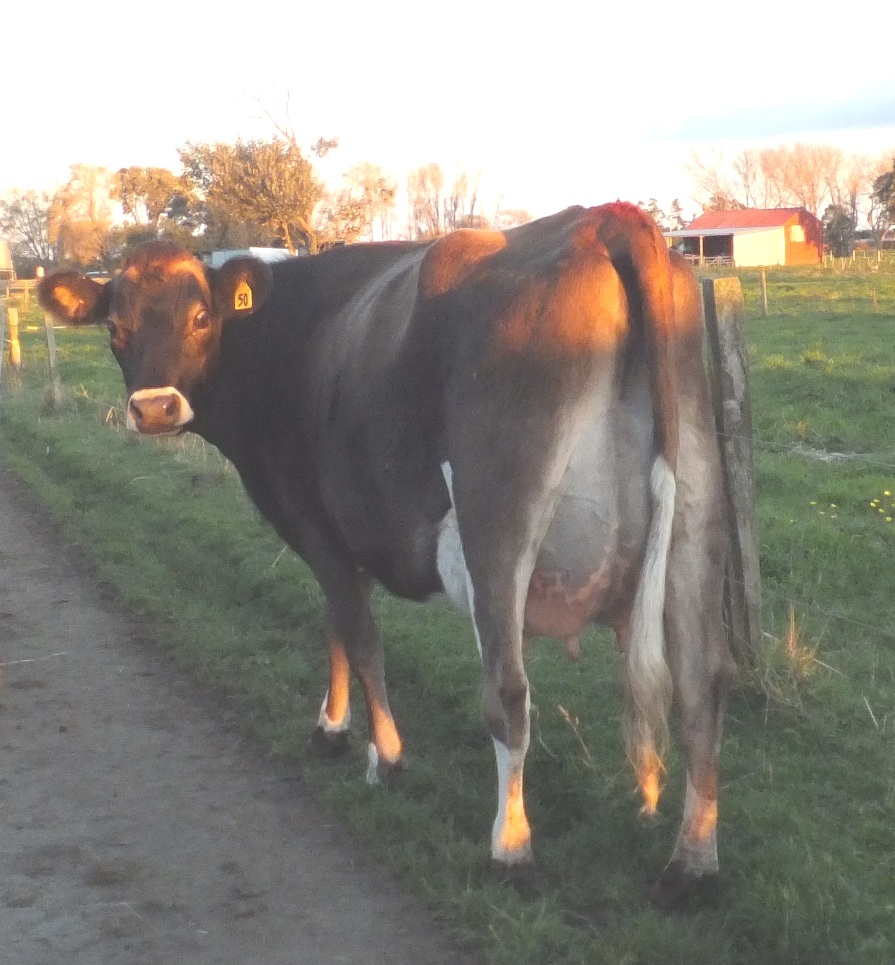 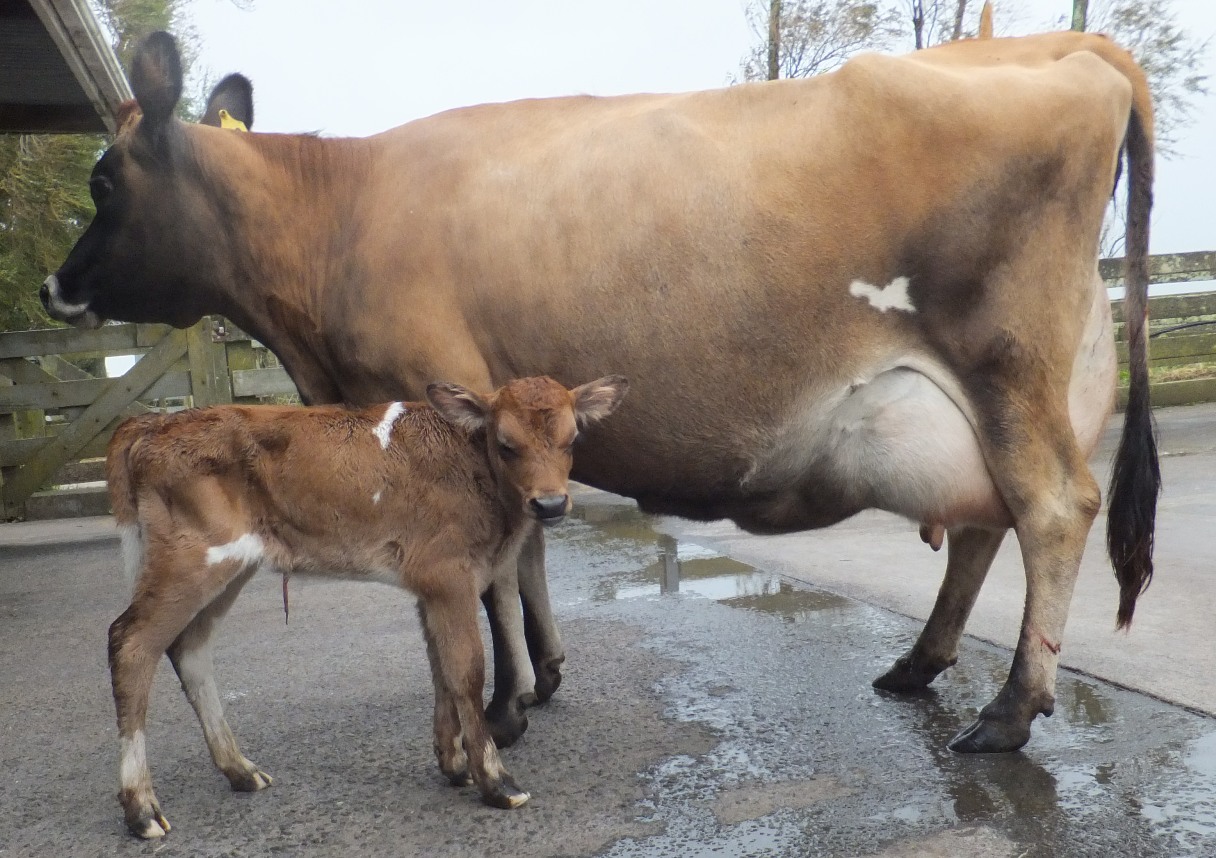 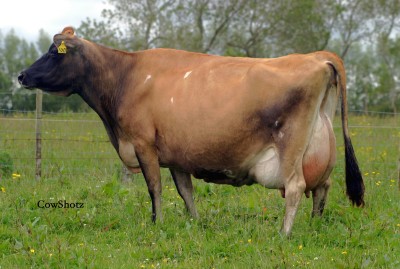 Elm was a truly magnificent cow that I fell in love with the first minute I saw her. The Hawera Jersey Club had a farm visit to the Whitimore stud in 2005 and she was the first cow I saw when we walked in the paddock. Apparently I've been told I looked at her for quite some time and said that I would own her one day. Well as these things go a couple of years later in 2007 the Whitimore stud was dispersed and guess who the cover girl on the catalogue was ? It was the above photo of Elm on the cover. I didn't have a lot of money but she was rising 12 and in full milk and open as they had intended to flush her so that was all in my favour. I ended up paying $2400 for her and had expected that she would go for a lot more than that. If she had been incalf I reckon she could easily have been four times that price.  Anyway I brought her home and she finished that lactation with 6981 litres milk 6.7% 466 kgs fat 4.2% 293 kgs ptn and 759 kgs ms in 305 days. Mated her to Glenbrook Command Chief to linebreed her to Admiral and that mating produced Glenbrook Chief Emerald EX2 who broke my two years record production this season.

When I had to sell the herd in 2009, Elm then went to the Metuas stud where she has a daughter by Ivanhoe Red Triumph who placed 2nd in the incalf heifer class Hawera Jersey Club Show 2013 . Sadly Elm had to be put down last spring at 16 years. Elm was a truly great cow. Elm's lifetime production on 12 lactations was 59,405 litres milk 6.2% 3694 kgs fat 4.4% 2618 kgs ptn 6,312 kgs ms in 3081 days or over 2.00 kgs ms a day for her lifetime. Elm was milked on several different farms with 4 different owners in her lifetime. She was born in the Manawatu, milked in Southland in her prime and finished up in Taranaki. She was milked in Rotary, Herringbone and Walk-thru cowsheds and admired where ever she went.

All the cows in EMPEROR's 3 generation pedigree have been outstanding type cows and are all classified EX  with awesome production. 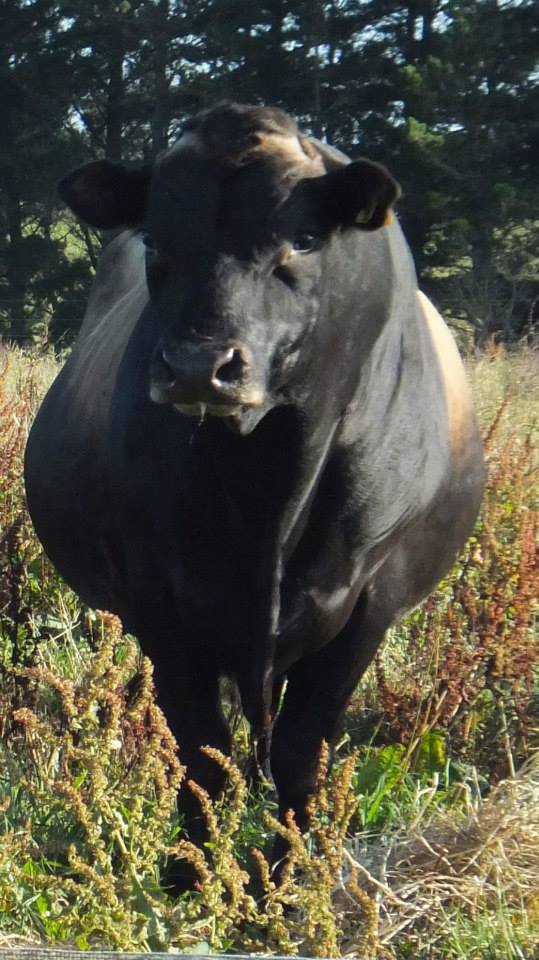 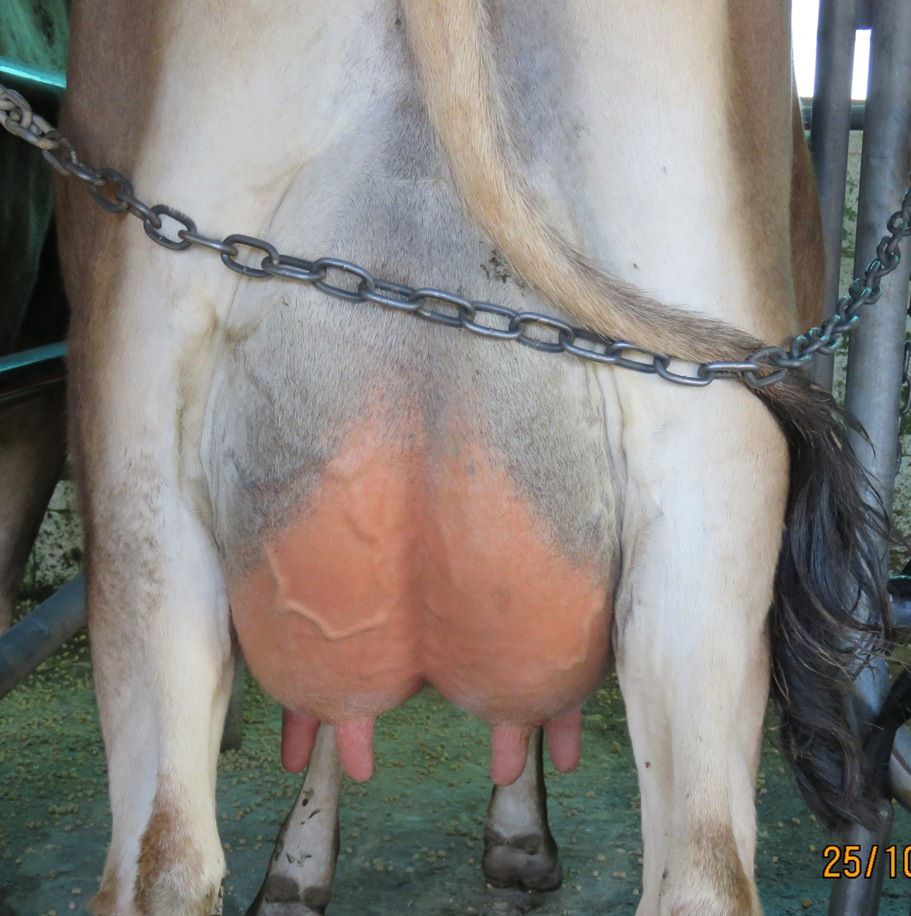