-- Note protein testing only begun in NZ in 1980's and was only included in the production registers from 1990-91 season.

--Note also that many autumn calving cows seem not to appear in the production registers.

and new cows on top ten records for age groups

IF you know of any records missing from the above lists please let me know and I will include them above.


Back to NEW ZEALAND Jersey records 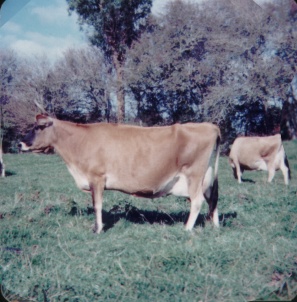 GLENBROOK or daughters of Glenbrook cows

Appendix - cows that are registered as S0J or S1J are not included in the above records. they are listed below but as S0J is only a J8 and S1J is only a J12 cow then there can be too much blood of other breeds and its not comparing apples with apples.