This was from a Facebook discussion on my timeline a few months ago.

Thought it interesting enough to save it here in my web page.

Lots of twins this year so did a bit of a check over last 10 years out of interest.

The triplets were 3 bulls

The best % information I can find says this - Dairy cattle ranged from a 1.3% incidence in Jerseys, 3.4% in Holsteins and an 8.9% incidence in Brown Swiss.

So my Jerseys are about 4 times the average twinning rate for the Jersey breed. Glad I don't have Brown Swiss - 4 times their average % would be nearly 1/3 twins.

Wow that's really interesting. Wonder why that is ?

Must have something to do with line breeding but I can't recall hearing about any twins further back in the female line of this cow family. I went about 17 years without a single set of twins before there started being lots of twins which also tends to indicate it has something to do with an intensely linebred herd.

My AI tech says that twins are caused by low energy, something about not having a dominant follicle. i think its just an excuse to blame the feed man lol

In Jersey we identified a very noticeable increase in twins born following the use of international semen from 2008 onwards. Whether due to the 'outcross' effect or just more 'potent' semen given it was coming from some of the world's top Jersey bulls we are not sure, probably a combination of the two. Whilst always improving, management of the cows this semen was used on would not have changed noticeably following initial importation so more likely an 'outcross' increased heterosis effect.

It may have something to do with the semen as I get it packed more densely in each straw compared to the main AB companies in NZ - approx. 12-15 times more sperm in each straw. I doubt that would be it though

We associate twinning with improved nutrition. When we diagnose more twins on palpation, we tend to find the increased twinning across the entire practice--regardless of management practices and regardless of feed company. We associate it with roughage...actually sometimes find that a dairy client has begun feeding old silages harvested in a former year that had lots of twins.

We have hundreds of Amish who got into the Whitetail deer business (went through the Ostrich and Emu phase, then the Pot-belly pig phase, and the succeeding Earthworm and Pigeon phases and finally the Puppy phase [over 500 Amish kennels in Holmes County currently] and these deer). One of the surprises experienced was that confined does conceived, birthed and raised TWINS--because the level of nutrition in confinement was far superior to that experienced in the wild. Too many for the meat market, so the emphasis now is on Trophy bucks...and $3500 doses of semen and $45000 bucks is not unusual in their search to find specimens to fulfill their "hunts" for hunters from the cities. It takes a healthy female on a high plane of nutrition to start producing twins--that is our consensus--semen has no real impact.

Frankly, we are of the opinion that the difference is in the roughage--some unidentified factor--because the incidences of twining are widespread in client herds, regardless of the nutritionist involved. For instance, I did a herdcheck in a Mennonite client herd this forenoon and noticed there was a big change in the hair coats and the size of the ovaries from last month. I asked if he had changed his roughage (second crop haylage, for instance) and he said he had finally worked his way down through the 2013 haylage into the 2012...which was good roughage everywhere in my client herds. Bulls and semen are unfairly blamed for too many things...

Interesting - I thought I knew a lot of things about Sybil's Gamboge and know that I read that page before but the fact his dam was a twin never stuck in my mind.

Sybil's Gamboge was eventually owned by an insurance company (predecessor to Westfield Insurance) in Leroy, OH. Another twin which you might find interesting was bred by H. Fowler Hupman. He had a young cow that needed a bull so he took her to Chester Folck, hoping to breed her to their main herd bull; but since she was a Bang's Reactor Folck allowed her to be covered by his young untried bull instead; Princess Sleeping Beauty conceived, then aborted a heifer calf at 5 months and failed to come into heat--and delivered a bull calf at term that was saved and named Advancer Sleeping Jester...and became famous after entering Kentucky Artificial Breeding Association. [this bit of breed history courtesy of the late Harry Mykrantz.]

That's the discussion from August - there is an ongoing one at The Milk House on FB now in December 2014. 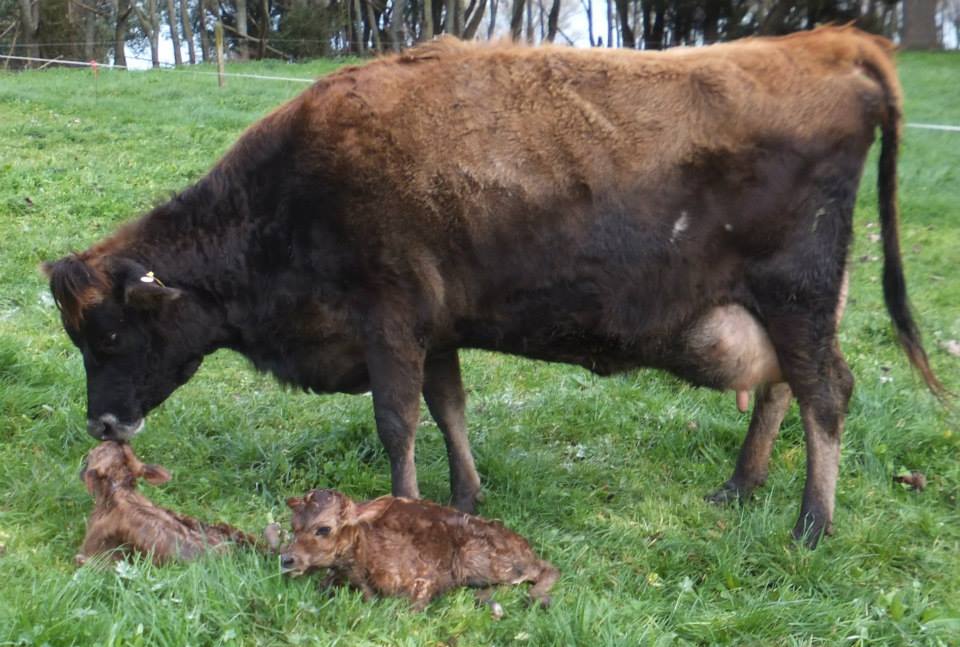 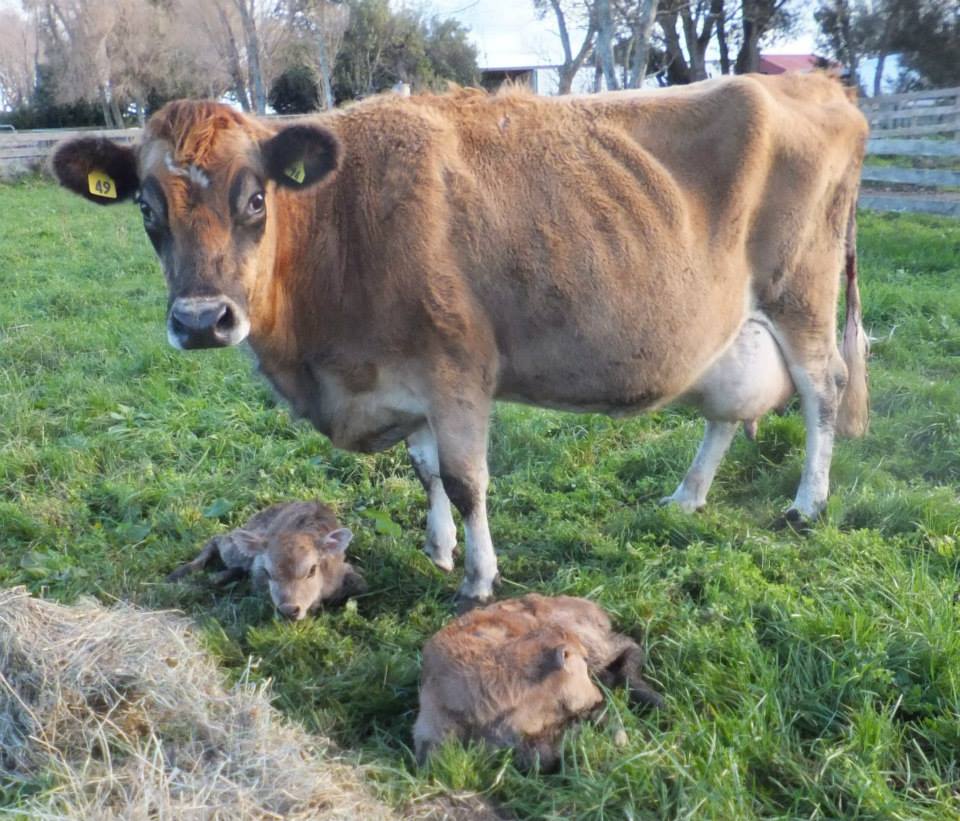