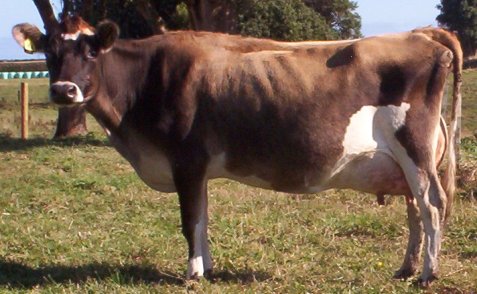 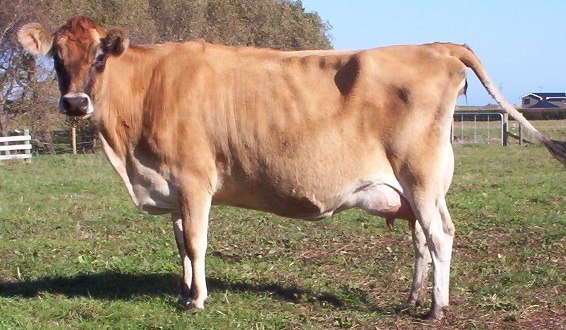 Camboge is linebred and pure for production.

He has been collected from now and semen is eligible for export to most of the world except the EU. See his page for pricing and details.

Read his story and then email mailto:glenbrook@farmside.co.nz with an order.

This is Coolest - Camboge's dam at LEITHLEA on 15th Feb with WJB tour group.

upgraded these pages 21st May

Added Herd list 1st may 2011 to website. Got web program back working on new computer despite loss of all information when old computer burnt out.

14 cows calved this autumn and 5 left to go. Still milking well. I have a few autumn calvers available for sale if anyone is interested. Note below that I have recorded my first two ever cows milking over 20,000 lbs milk in under 365 days. 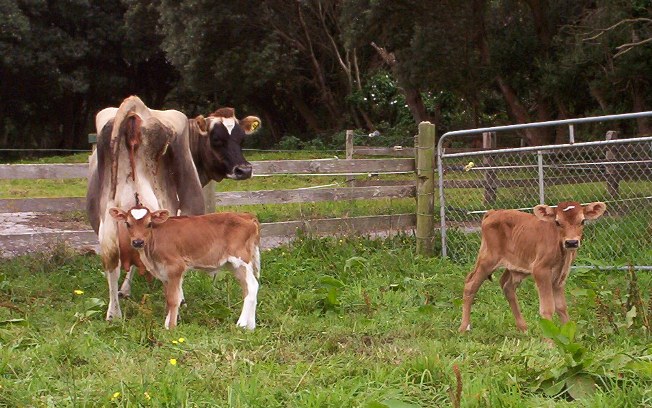 First calves for 2011. Twins out of Glenbrook Cats Colorado. 17 days early and happy as can be.

A record herd test for February with 2.18 kgs ms. Charo and Carina both broke my all time milk record and recorded the same litres. Charo finished with 1,003 lbs fat. Lots of new records from the autumn calvers here updated

and HALL OF FAME

Note that Cookie only had 10 days dry and didn't come to her milk.

Records in imperial measure with 365 day production to date. Updated after march test

Fortunately had a decent rainfall just before Christmas and this months herd test was same as last months.

Big drop in this months herd test but then most of the country is very dry.

New records from this month in GLENBROOK HERD TEST RECORDS

Cows milking well. My record for milk per cow at the factory was 22.1 litres before this season. They have been over that all month and up to 23.1 litres [ 52.3lbs] yesterday. A good herd test although the fat% at the factory was a 6.1% the same day as the test and I did 2.30kgs ms at factory. Still a new record for milk at a herd test and a couple of heifers that made it on the the all time top lists.

Just had 12 days of the worst storm in living memory. It was no fun to live though at all.

More rain already in August than the whole of July. July very dry with only 40mm but also very cold. Bit better herd test this month. Only 2 cows left to calve. Milking 16 heifers.

Got some photos of the heifers. 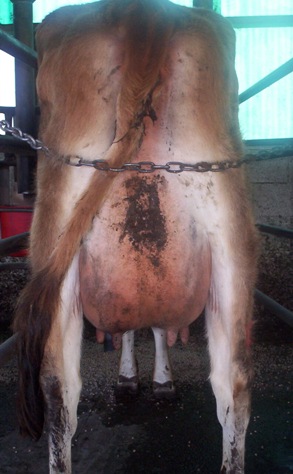 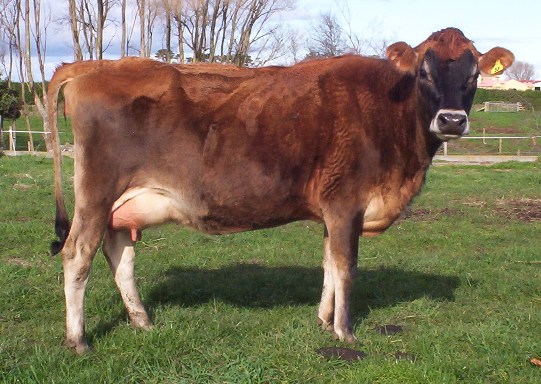 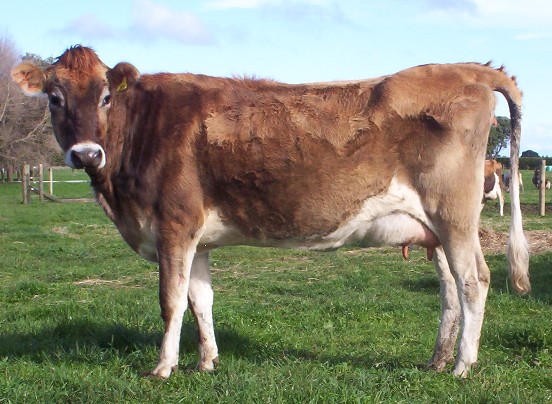 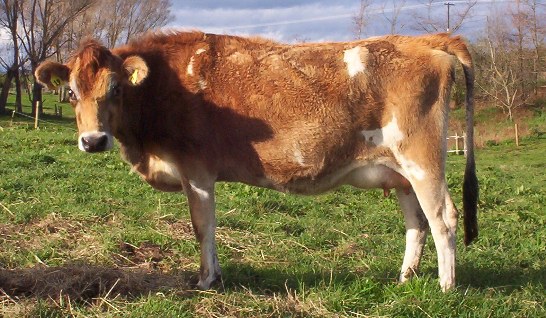 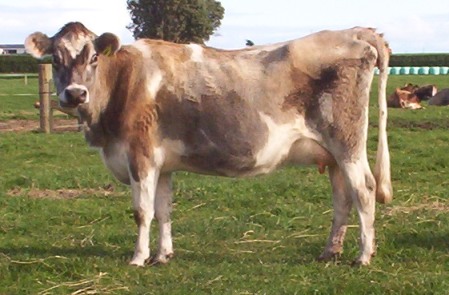 A very cold month with 5 massive frosts in a row and little rain but next to none grass growth either. Have got 9 heifers out of 15 calved and 1 cow in. 20 more to calve. Lowest herd test for a dozen or more years.

Currently are milking  a large number of cows from different herds that are empty and/or carryovers. The best of these were

Other cows to improve scores or gain VG's. 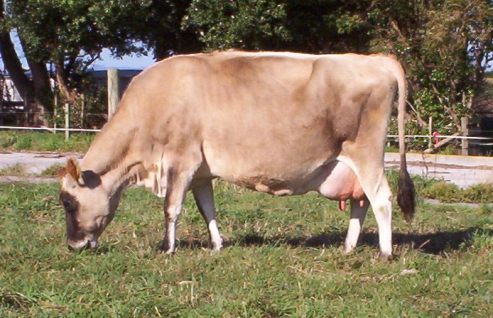 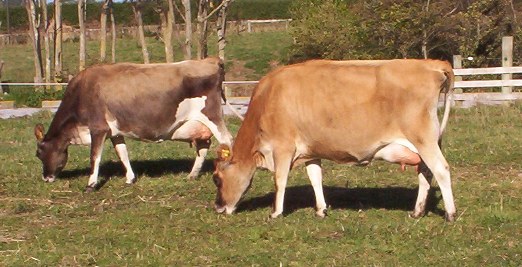 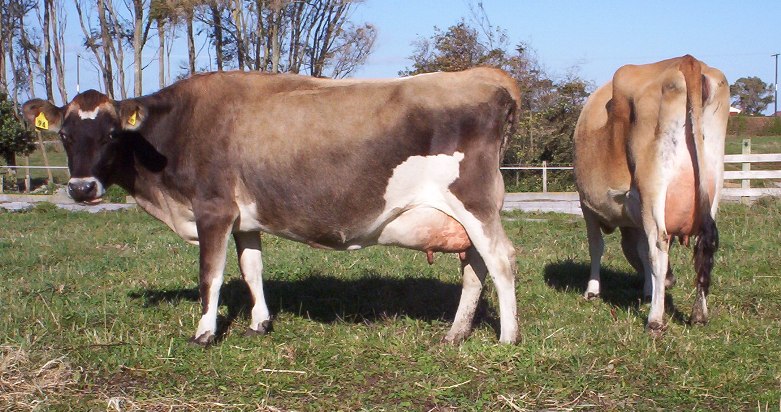 Starting this page now as a new start to milking cows again. Only have a few to calve this Autumn and am milking  a number of  empty cows from other herds.